How to think about Jospeh Schooling 2020 Olympics results using data.


Joseph Schooling received a lot of flak from the internet after he was came in last in his heats for the 100m butterfly at the Tokyo 2020 Olympics. Many were surprised that the previous Gold Medallist swimming at his specialty event would crash out without even making it into the semi-finals.

So how should we think about this results? In this article, we hope to give you some numbers by diving into the Olympics data from 1976 to 2016 to shed light over whether his performance is out of the ordinary (spoilers: it's not).

The data and analysis file will be provided at the end of the article. Here are some of the fields found in the data: 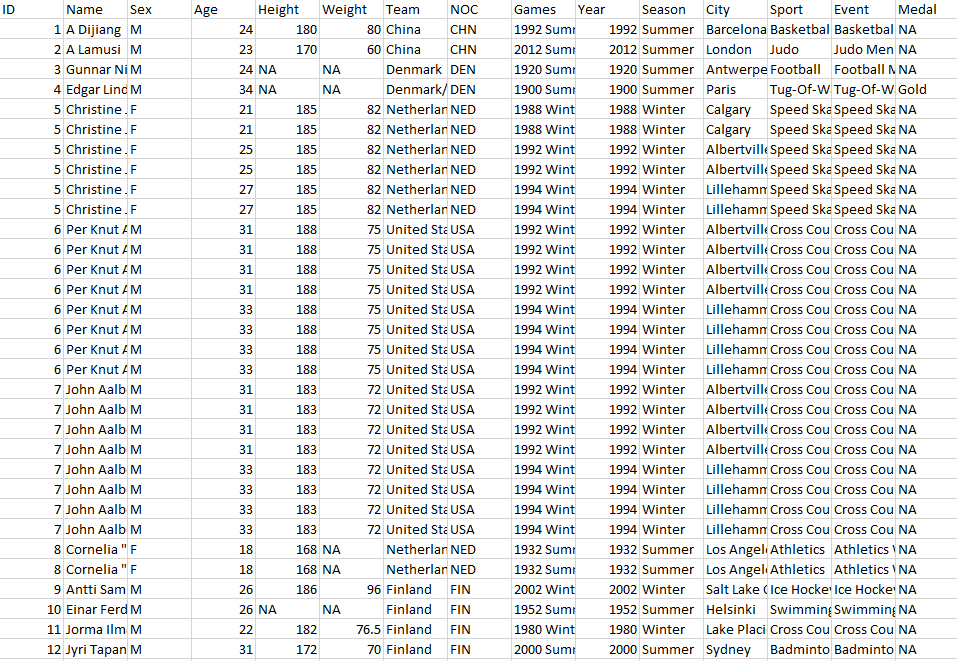 Schooling is a Champion, there is no doubt.

First and foremost, let's establish beyond any doubt that Joseph Schooling is an champion in every sense of the word. Qualifying for the Olympics is truly a feat. Most athletes don't even qualify for it. 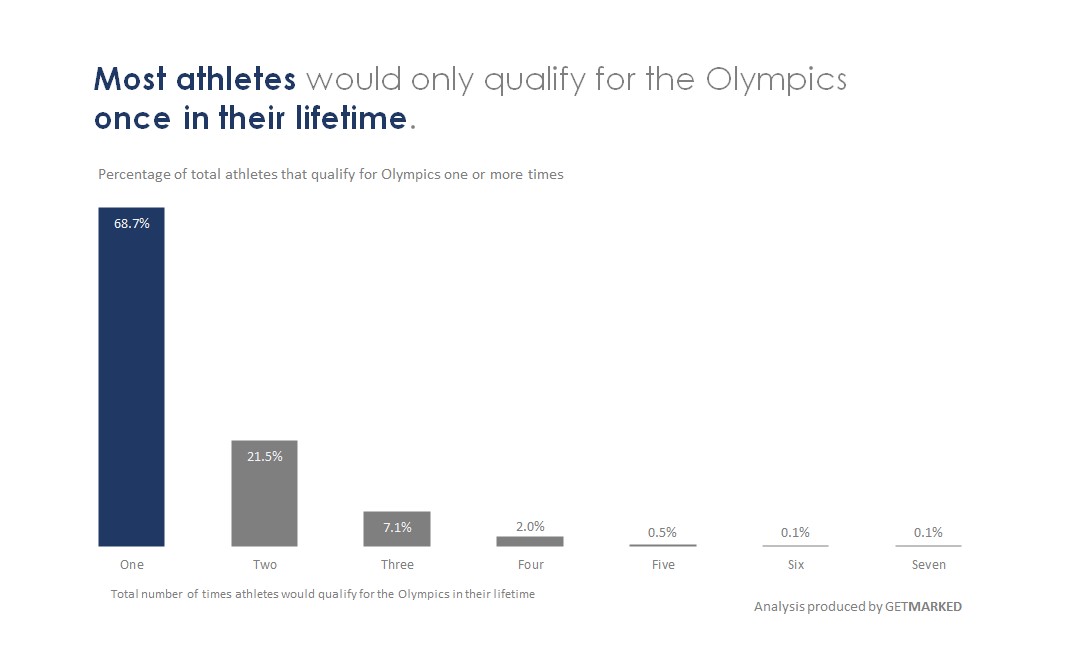 From the data, so competitive is the Olympics that 68% of those who do qualify will be participating for the first and last time in their life! In comparison, Joseph Schooling qualified thrice (in 2012, 2016, and 2020). 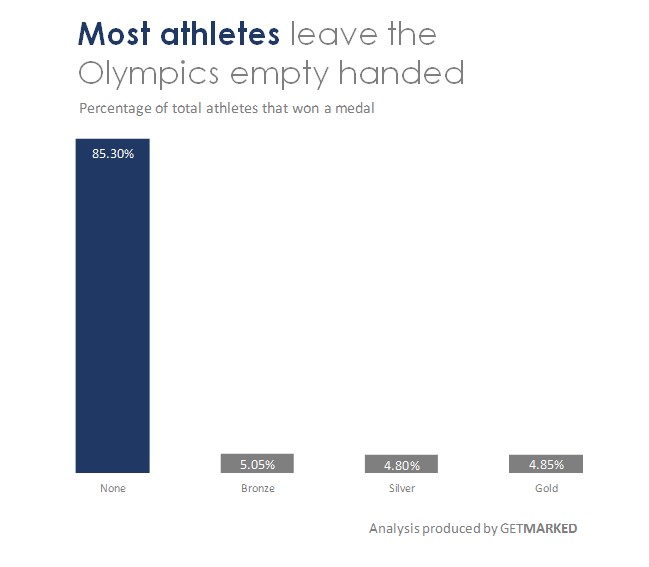 Additionally, among those that qualify, 85% of them would not win any medal.

Based on these 2 statistics, there should be no doubt that he's world class. So, how did a titan like him come in last at the 100m butterfly heats? Wasn't 100m butterfly his specialty?

It's the fate of all titans to fall.

While all sports are affected by age related decline in performance, it is especially bad for swimming. 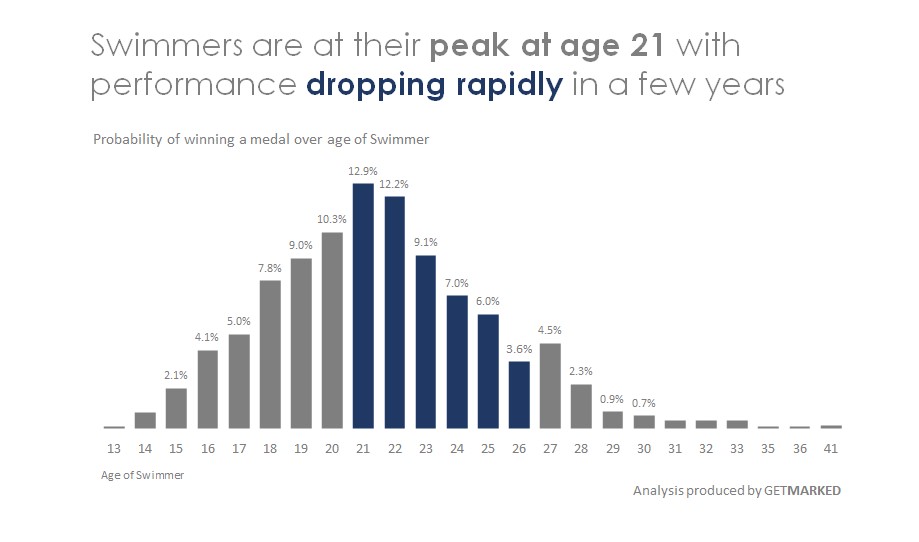 In swimming, swimmer's performance peak early when they are 21 years old, with a 12.9% chance of medaling, the highest they will ever get in their career. From then on, the probability rapidly plunges to 3.6% in just 5 years (a 300% drop!). Schooling was 21 when we won Gold in the 2016 Rio Olympics. 5 years from then, he's now age 26 years old.

While all sports suffers from age related decline, it is dramatically worse in swimming. Let's compare with other sports we are familiar with like badminton, table tennis or even athletics. 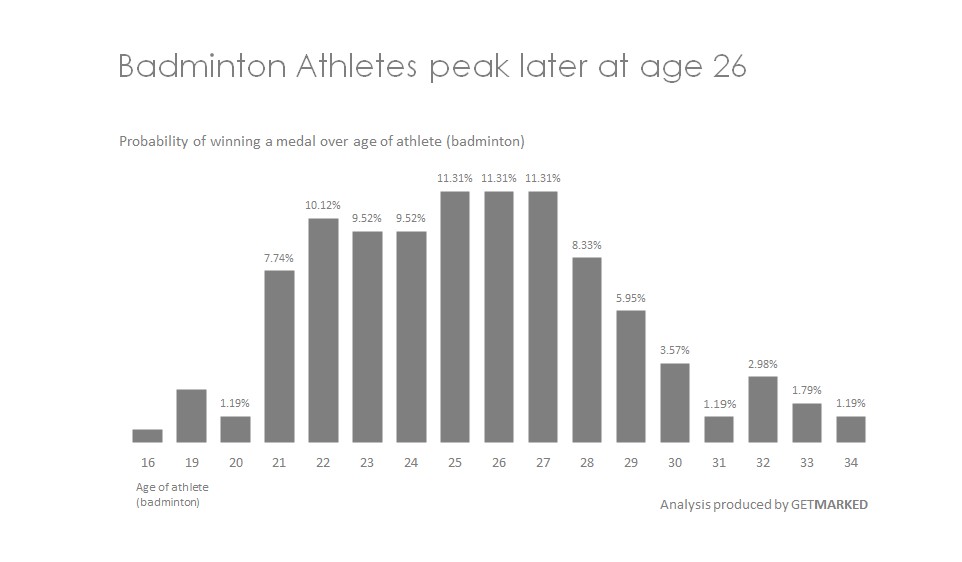 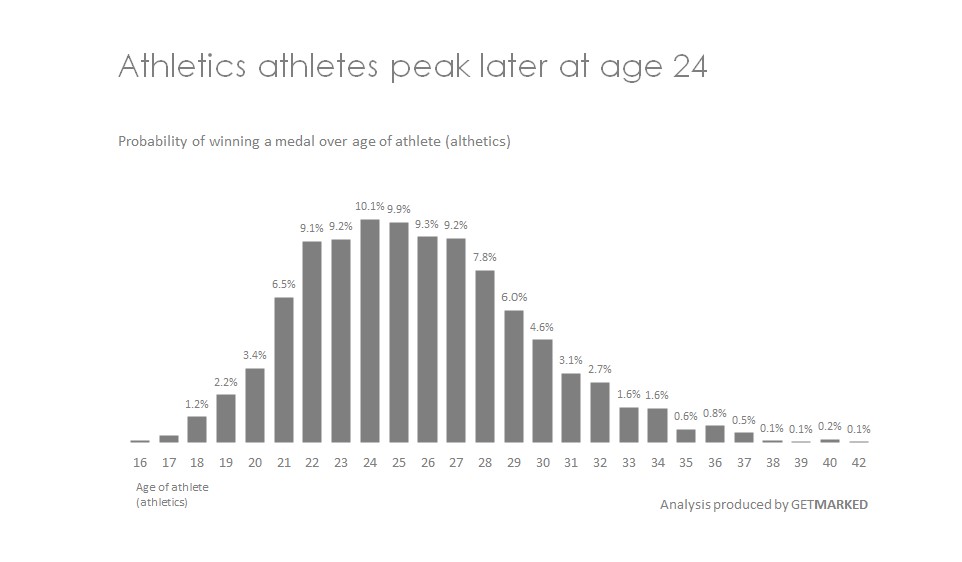 In all three sports, the peak happens much later at age 24-26. Additionally, the decline is also more gradual, allowing them to have a much longer career. Sometimes even into their 30s.

The only sport worst that swimming is Rhythmic Gymnastics where the peak is at 18 years old and by 21 years old you have only half the chances of winning. Brutal!

Finally, perhaps the most important data, based on past records, a whopping 70% of winners would NOT go on to make another win in the same event at the next Olympics! In this context, it's no surprise that Schooling didn't win again in Tokyo 2020, because 70% of medallist also don't. Gold medallist or not.

To summarise all the numbers in one line, this is how you should think about the Olympics:


Most olympians (68%) will get only one single chance to compete in the Games. Even more (85%) would compete but never win in their lifetime. Of the minority (15%) that do win a medal, only some (30%) will win at same event again in future Olympics.


This is what it means to compete at the highest level.


You only ever get one try.

Athletes have an extremely fleeting career and this is even more so in swimming. You only ever get one try, and Schooling nailed it in his one try during the 2016 Rio Olympics even when he was up against Phelps. Despite his performance in Tokyo 2020 leaving many of us disappointed, the data is clear - he's exceptional and always will be regardless of what the future has in store for him.

And this is how we should think about Schooling's performance using data.

In writing this article, we used historical olympics data from Kaggle. While it contains 120 years of data, only data from 1976 onwards was used for the analysis to keep it fresh. Analysis was done using Power BI and visuals were created using Excel.

You may download our Power BI file used in the analysis and freely use it for any non-profit purposes. Attribution via backlinking is required it you are deriving from our work or reporting about it. Please write to contact@getmarked.ai for any questions regarding the analysis.

At GETMARKED, we automate away the low-value, tedious and repetitive tasks for teachers so that they can live out their own mission.

If you are looking for any careers or internship opportunities, please email careers@getmarked.ai.

GETMARKED is an AI startup supported by Temasek.